Why FAAMG is the ‘Big Tech’?

Review of the the big tech companies’ coined by Goldman Sachs

Why FAAMG is the 'Big Tech'?

The top five tech companies also referred to the big tech companies’ coined by Goldman Sachs as FAAMG. FAAMG stands for Facebook, Amazon, Apple, Microsoft, and Alphabet’s Google. These tech companies have outperformed even in the pandemic although other industries had to halt. These technology leaders are the most valued companies globally with a market capitalization of around $500 billion to around $2 trillion. The results exceeded the expectation of the analysts underlining the strength and expertise of these firms to flourish in the pandemic. 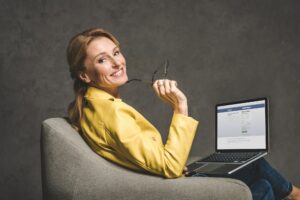 The leader in social media – Facebook has reported boosting performance reports in the first-quarter earnings. The company’s revenue shot up by 48%, the company is making huge profits with its advertising; with the revenue going as high as 46% the other revenues of the company showed 146% higher. The total expenses of the company, in Q1 were $14.8 billion, up 25% compared to 2020. The costs were mainly for data centers, servers, and research and development that would fetch revenues in the future. The company has massive Daily active users of 1.88 billion and monthly active users of 2.85 billion. The major revenue booster has been the increased advertising charges in Q1 by the average price per ad spike in addition to a surge of 12% in the number of ads delivered. After the Q1 report, the per-share recorded new highs at $331.81. Last week shares pulled back to the $319.08 level. The company estimates that advertising revenue growth in 2021 will rely on the price. 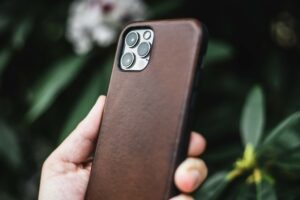 The recent Q1 report of Apple demonstrates incredible growth. The tech giant has been performing consistently by outperforming in the earning reports. With the market cap of Apple above $2.165 trillion it stands as a strong and sustainable leader. The stronghold of consumer products by Apple has pushed the company to higher growth. With innovative products, the company has kept the momentum going in the last year with continued effort in 2021. The company has offered more than 20 new products in the last year which was beyond belief. It continues the legacy of presenting best bets to the market. So far in 2021, Apple released; M1 iPad Pro, M1 iMac, AirTag, Apple TV 4K, and Podcast subscriptions. The Q1 report shows stunning revenue of $89.59 billion. iPhone revenue was $47.9 billion, iPad revenues of $7.8 billion, and Mac revenue of $9.1 billion. Last week the at the $130.21 level the market cap of Apple was around $2.2 trillion levels. The stocks however were enormously high in January at $145.09. 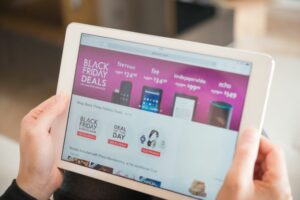 The leader in the eCommerce sector – Amazon proved its worth of being in the top five big tech companies by announcing the results of the first quarter. The company’s earnings per share were $15.79 it beat the analyst’s projection by 65.2%. Similarly, the total revenue was $108.5 billion which was 3.8% higher than the estimation of $104.5 billion. Amazon’s most vital metric Amazon Web Services (AWS) also showed a growth in revenue where the Q1 was $13.5 billion. AWS offers stable growth and a consistent revenue generator as compared to the volatile and drifting core e-commerce business. AWS also has a high operating profit margin which was demonstrated in the Q1 report that was 30.8%. Both the e-commerce segments brought 4.9% profits jointly. The company has boosted its revenue from 2020 Q1 in operating and net income from $4.0 billion to $8.9 billion and $2.5 billion to $8.1 billion respectively. The tech giant soared its annual revenue in 2020 with a record performance of $386 billion and the company managed to ascend in net profits even in the crippled economy with an 84% high. 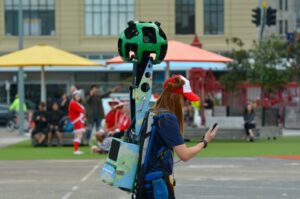 Google has always been the most preferred search engine. The year 2020 has been unstable for the search engine giant, yet it coped to grow in the annual earnings. The year came with a bang as the company reached its milestone valuation of $1 Trillion and joined Microsoft and Apple. In March its biggest event Google I/O developer conference was hit due to the pandemic. It saw a decline in the revenue for the first time in history in the second quarter. The company launched the Pixel 5 Phone in September and reported a growth in the third-quarter revenue of $46.17 billion and the shares rose to 8%. The annual revenue for 2020 was $181.69 billion of which its revenue amounted to $146.9 billion the advertising revenue increased 32%. This year the company reported Q1 2021 revenue of $55.3 billion. Revenue from YouTube ads was $6 billion, which is an increase of 49% and Google Cloud reported $4.05 billion. The company boosted the revenue compared to the previous year due to increased demand in advertising. 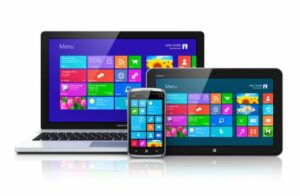 A company that is most valued due to its legacy products had record-high sales in 2020, the once-dominant in PC’s the company has made its way to offer relevant products to the customers by focusing on server and productivity software. Although it had emerging competitors in cloud services, the company maintained growth at a steady pace with an increase in revenue from 2018 (110 billion) to 2020 (143 billion). The year 2020 was different that required adapting to changes, yet, for the first time, the cloud services of Microsoft alone hit $50 billion, both the operating and net revenue were $53 billion and $44.3 billion. Microsoft cloud had surpassed the revenue in fiscal Q3 2021 with $17.5 billion which is AWS ($13.5 billion) and Google ($4 billion) Cloud services combined. The three tech companies still stay at the top in the Cloud platforms. The revenue increased to $41.7 billion, commercial Office 365 products increased 22 percent to surge in remote working, due to growth in sales the companies market valuation was above $2 trillion with profits of $15.5 billion.

Although there is alarming news of the reforms by the US government that will cost these tech firms, the companies should be able to drift through it with proper strategies. The proposed corporate tax rate of 28% might hit 9% of the firm’s revenues. The US economy which is still trying to recover the losses supports the high performance of FAAMG. The market valuation seems to multiply yet presents risk due to the taxes as per Goldman’s prediction of 10-year U.S. Treasury yields 1.625% will rise to 1.9% by the year-end. The rise in yields from November through March shows FAAMG underperformed the S&P 500 by 7% points if it continues to rise in the second half of 2021 the FAAMG returns could slump.

The FAAMG is also referred to as growth stocks as they have consistent performance in year-over-year (YOY). Their earnings lead to increased stock prices. Investors trade in these stocks in various ways to earn profits because usually, FAAMG stocks have low volatility.

Though there have been doubts of the volatility of the stocks by Goldman Sachs and UBS, yet they agree that the big techs can grow in the digital world due to vast possibilities and opportunities in the new technologies like AI, big data, ecommerce, machine learning, cloud computing, video streaming, and social media.

Adani Enterprises To Get $400 mn From Abu Dhabi’s IHC

Saudi Arabia Lowers Crude Prices For Asia, Not For the US

Adani Group shares plunged, resulting in the erasure of $72 billion after three-day selloffs

Baidu, the Chinese search giant all set to launch a ChatGPT-style bot in March 2023